In a busy area of Seoul, South Korea, a girl in a traditional Korean dress sits on a chair, her […]

Three and a half years ago, in September 2013, the city of Hamburg had the honor to be visited by […]

Hak-sun Kim was the first woman to share her story in public. At a press conference in August 1991, she […]

5 July 2017 – The Wednesday Demonstration: Today in Hamburg, too

Today is Wednesday. Wednesday is the day when survivors of the comfort station system and their supporters protest in front […]

One week ago, on 29 June, Germany’s chancellor Angela Merkel spoke at a conference on sexual violence in armed conflict. […]

“Soldiers risked their lives in circumstances where bullets were flying around like rain and wind. To give them some rest, […]

Today, „Justice for ‚Comfort Women’“ joined the demonstration „Grenzenlose Solidarität statt G20“ (Solidarity without borders instead of G20) in Hamburg. […]

At the sidelines of the G20 summit in Hamburg, Japanese Prime Minister Shinzo Abe and the newly elected South Korean […] 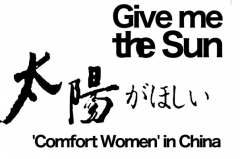